The Monsanto Class Action Lawsuit is headed to a town near you. So stay in the loop. If California is able to win this lawsuit against Monsanto, other state attorneys will also start picking up this lawsuit. 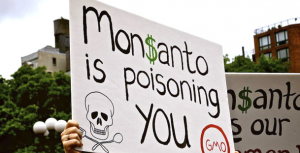 Then perhaps more of us “simple citizens” will be awarded some money. Maybe we will get enough money to pay our huge healthcare costs.

Monsanto if you don’t know who they are, is the corporation that has designed, manufactures and distributes the herbicide Roundup.

This herbicide is advertised to be “safe” to humans and not carcinogenic. Monsanto actually boasts about how safe this products is, when in fact it is a total lie.

The class action lawsuit (Case No: BC 578 942) was filed in Los Angeles County, California against biotechnology giant Monsanto. The lawsuit accuses  Monsanto of:  The deliberate falsification to conceal the fact that glyphosate is harmful to humans and animals.

This lawsuit alleges that the active ingredient in their product “glyphosate”  is advertised as “safe to Humans” when actually it attacks the same enzymes in humans as it is designed to attack in plants.

The lawsuit attests that the enzyme in question, EPSP synthase, is found in the microbiota that reside in our intestinal tracts, and therefore the enzyme is “found in humans and animals.” Due to the disruption of gut flora by glyphosate, Monsanto’s chemicals do indeed affect humans. 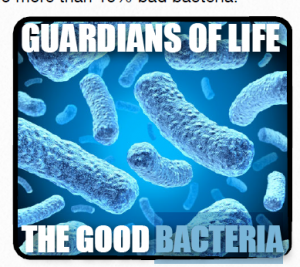 Only weeks ago was another lawsuit filed in China over a wanting a full disclosure of the toxicology report of the same herbicide, Roundup. The case has been accepted and the collegiate panel of the court has informed the plaintiff that, considering that Monsanto is a stakeholder to the case, they have added Monsanto as an involved party.

It was reported that the Chinese had asked for the toxicology report earlier, but were denied the report. The Ministry said that they had to protect “trade secrets” of Monsanto and other biotech bullies.

Now that Monsanto is facing this huge problem in two huge markets, the USA and China, perhaps the truth will now be revealed, once and for all.

“The defendant intentionally misleads consumers by misrepresenting and concealing the true and correct facts concerning glyphosate. We are not trying to prove that Roundup is harmful or carcinogenic, we are merely pointing out that Monsanto is lying about the enzymes that Roundup targets. Roundup kills the weeds in your backyard and the weeds in your stomach.”

I reposted this report from http://www.infowars.com/major-lawsuit-targets-monsanto-for-selling-cancer-linked-herbicide/ , because it is news that effects us all. To learn more about this lawsuit or how residents of California can add their names to the class. Plaintiffs are soliciting funds to help cover litigation costs: http://www.gofundme.com/monsantolawsuit.

T. Matthew Phillips will ask the court to compel the Defendant to reimburse donors, with interest.

I strongly urge you to find out your own research, if you object to mine.

My sole purpose in revealing this report is for everyone’s protection. As Neil Young has stated before, “Monsanto is the perfect Poster Child for wrongdoings”, because they have been found guilty several times of “falsifying documents” and “deceitful practices”.

I hope that you have found this article interesting and I also hope you would like to comment or suggest your opinions about this article. I look forward to hearing from you.

If you would like to receive more information about health and nutrition, just sign up for my notices and you will get my latest news on issues that effect your health. Sign up today!

10 thoughts on “Poison In foods”