Cannabis, or hemp, is the plant that most parents warned their children about back in the 1960s. This plant is mostly misunderstood, which is why I wrote what is cannabis about FAQ article.

It has been known by several names, marijuana, weed, pot, herb, skunk, to name a few. I grew up in those years when I learned at an early age to question everything. I was influenced by the hippy movement, rock ‘n’ roll, and of course, cannabis. 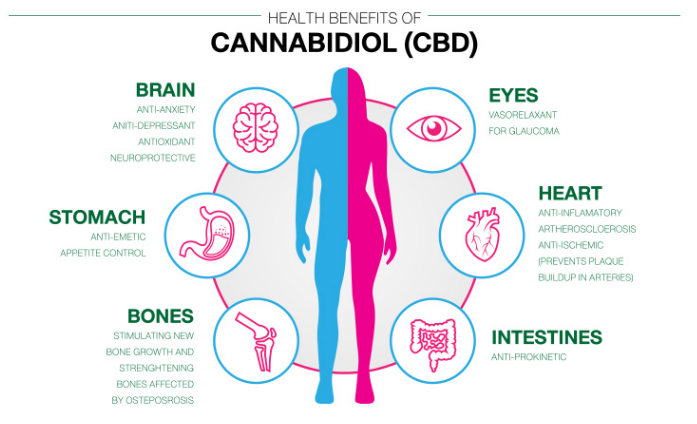 Cannabis has been utilized by civilization for over two centuries. Its main purpose was for the medicinal properties it provided. Man has coveted this plant that where ever man has traveled he took hemp with him.

Despite a history of medicinal use that dates back as far as to China in 2737 B.C., today it’s still illegal for medicinal use in many areas around the world. It was regularly prescribed by healthcare professionals until the early 1920s.

Even the outcry from the American Medical Association in 1937, Congress went on to pass the Marijuana Tax Act which criminalized cannabis. Yet, despite this classification, the U.S. Government holds a patent for medicinal use.

Whether you know very little about this wondrous plant or you are an existing patient who wants even more information about Cannabis, this article plans to provide information so people can ease or even eliminate their pain, and regain
control of their lives once again.

What Are the Different Cannabis Species?

There are three types of Cannabis plants. Cannabis Sativa, Cannabis Indica, and Cannabis Ruderalis. Each varies in appearance, and because these are classifications from pre-modern scientific observations, 21st-century experts don’t agree on whether they are one species or three subspecies.

Due to years of crossbreeding in nature and by ambitious cannabis growers, many strains are now hybrids or a cross between the different species. These plants share a variety of characteristics from all three species which gives them unique benefits that were unavailable in the plant’s long-ago past.

How do you tell the difference between the species?

Growers can identify plant-type by physical appearance and growing characteristics. Sativa is the tallest of the three, with narrow leaves and a longer growing cycle which allows it to develop better in areas with a warm to a hot climate.

Indica plants are shorter than the Sativa but taller than the stout Ruderalis. They have broad leaves and a short flowering cycle that fits a cool climate’s growing season. Ruderalis is the easiest to distinguish. The species is two to two and a half feet tall, has short, stubby leaves, and is the only cannabis plant that has inherent auto-flowering capabilities triggering flower growth as the plant matures.

Cannabis that is breed and grown for hemp oil is the Sativa variety which nearly always has a much higher percentage of CBD, CBN, CBC, and CBG and very little to no THC.

This article hopes to explain why this plant is so important not only for medicinal purposes but for long term health supplementation as well.

Hemp is one of the oldest commodities known to man. Hemp is a variety of cannabis that denotes industrial hemp which is mainly used for industrial needs, such as making paper, rope, clothing, and lamp fuels. It has been cultivated for over 10,000 years. Some of the oldest fabric ever discovered was made of hemp, dating back to 2300 BC.

Hemp was grown back in colonial America where it was made mandatory to grow a certain percentage of land of hemp. Hemp had many uses, and today it shows great promise in combating ailments that prescription drugs have had little significance.

Hemp history originated in Central Asia and spread throughout Europe in the middle ages. For a detailed history of Hemp, please read this article History of Hemp in the US.

What is Hemp Oil?

Wikipedia defines Hemp Oil as oil obtained by pressing hemp seeds. Cold-pressed, unrefined hemp oil is dark to clear light green in color, with a nutty flavor. The darker the color, the grassier the flavor. It should not be confused with hash oil, a tetrahydrocannabinol-containing oil made from the Cannabis flower.

As explained in my earlier article, A Doctors Warnings About The Health Benefits of Hemp Oil, Full Spectrum Hemp Oil is using the whole plant, seeds, leaves. stems, and flowers. By using the whole plant scientists have found that there are more than 400 beneficial chemicals that make full-spectrum hemp oil much better than by using just the oil from hemp seeds only.

Full-spectrum hemp oil is usually referred to as CBD oil or cannabidiol oil, which is derived from industrial hemp, Sativa species, that has very little to no THC. THC is the chemical compound that gives the user the “high” or euphoric feeling that is the psychoactive cannabinoid in cannabis. By law, CBD oil can’t contain more than 3% THC. Today it is legal for consumption in all but 4 states in America.

Hemp oils that are full spectrum are much better at treating common ailments because it contains all the beneficial cannabinoids. Substances such as Terpenes and Flavonoids are known to unlock our Endocannabinoid System (ECS), which is a system that seeks to balance all the other systems in our bodies to reach a homeostasis state.

As you can see from the image below, just some of the many chemicals found in the full-spectrum hemp oil and how they help the human body. 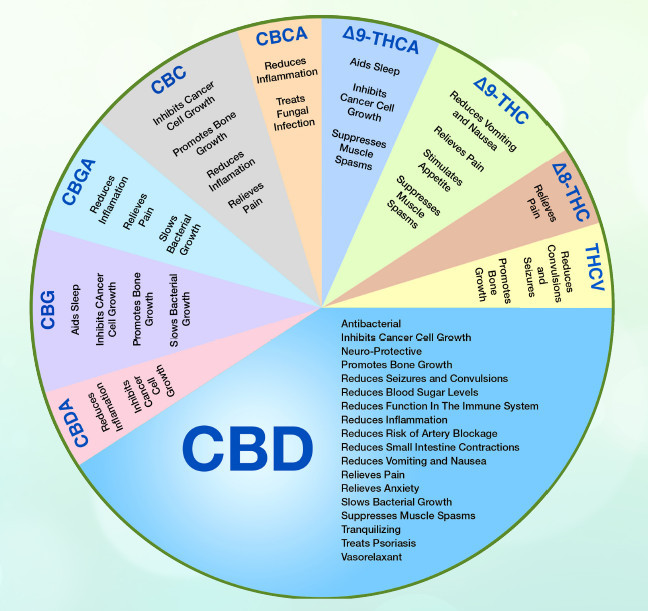 Hemp oil that is derived from seeds only contains omega fatty acids, vitamin E, and protein, which is great for anti-aging capabilities. Chances are the skin and beauty products you use now contain a percentage of hemp oil. This makes hemp oil used as a topical great for skin ailments.

Hemp oil at one time meant it was an oil made from hemp seeds only. Science has since researched the cannabis plant to know that hemp oil that uses the whole plant, that is, seeds plus the leaves and the flowers is the best oil you can get. It is called Full-Spectrum, meaning it is hemp oil derived from the whole plant.

Hemp oil that utilizes the whole plant is said to have the capability of interacting with our ECS system to controlling and/or fixing many ailments all at once. Not like prescription drugs that only combat one ailment, hemp oil has the power to correct many ailments all at the same time. This entourage effect makes hemp oil superior to pharmaceuticals because it is derived from a natural plant. Also, most prescription drugs have undesirable side-effects whereas hemp oil doesn’t have any side-effects.

The entourage effect is the belief that the different compounds of the cannabis plant work better when they’re used together compared to being used individually.

What Does the ECS Do?

Our bodies have a self-regulating system that communicates with every system in the body to induce a perfect balance. This system is referred to as the Endocannabinoid System or ECS for short. Through this system the main function is bioregulation through cell-signaling; this means it supports cell-to-cell communication.

It also has an influence over other important biological systems, including the
brain, endocrine, and immune tissues. The ECS is found in all living organisms that have a spinal column. (This is why hemp oil is also good for your pets).

A large part of bioregulation is homeostasis or balance throughout the body’s regulatory systems. This process is vital to maintaining healthy, harmonious
organs. Hemp oil has these cannabidiols which bind to these receptors in our bodies that function similar to a key into a lock.

The endocannabinoids either block or stimulate the CB1 and CB2 receptors to create different effects that help maintain homeostasis. 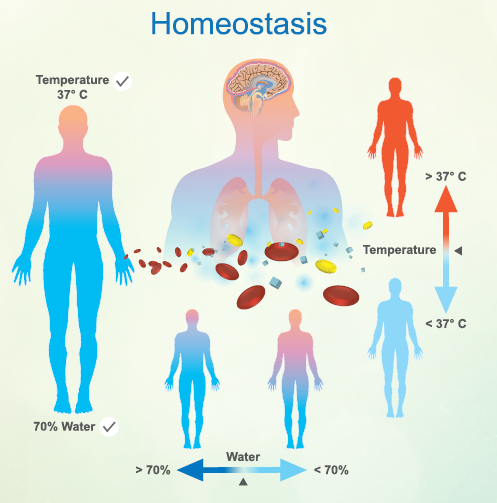 How is Hemp Oil Manufactured?

There are several processes that hemp oil can be extracted from cannabis. One of these processes is by air, using CO2 as a solvent to extract the oil from the seeds and leaves of the plant. This process is considered the cleaner, purer form of extraction because there is no residue after extraction. When done well the end product is safe, potent, and free of chlorophyll.

This process is more expensive compared to using other processes. Ethanol is a high-grade grain alcohol that is used to dissolve the oil from the plant. Once the alcohol evaporates, pure hemp oil is left. This process, however, removes some of the plant waxes which is said to also furnish some medicinal health benefits. This form of extraction was one of the first commercial processes but has been dropped in favor of the more safe and cleaner forms of extraction.

Olive Oil – extra virgin olive oil can be used to extract hemp oil safely and inexpensively. However, cannabis-infused olive oil is perishable so it should be stored in a cool, dark place. 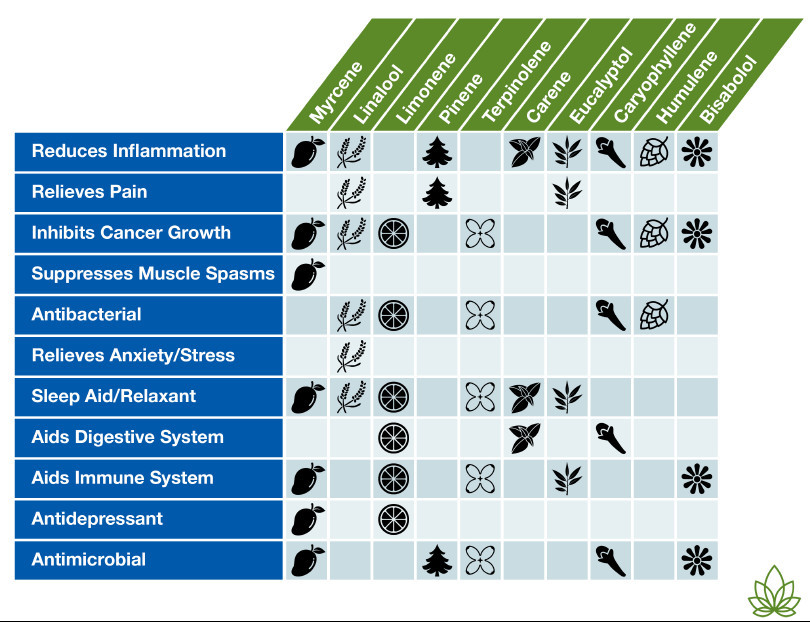 What Are Some Chronic Ailments Cannabis Can Treat?

Since the passing of the 2018 Farm Bill more and more research has begun to determine what cannabis can do to help man. A partial list below shows just some of the many ailments that plaque man that cannabis has shown to counteract or control. To some degree, cannabis can cure to the point in reducing pharmaceutical dependency to eliminating altogether.

The opioid epidemic is one crisis that cannabis shows great promise in stopping overdose deaths in pain management.

I have found that hemp oil reduces my flair-ups of eczema. Since using hemp oil I no longer have to purchase expensive prescription medication for my skin condition. No more itch, which gives me peace of mind – and relief!

Sayer Ji, Author & Natural Health Expert has recently written a book, How To Avoid Genetic Disease and Illness, and produced a masterclass with the same name. His video is quite compelling in how cannabis can help the body regenerate into better health.

If you are looking for alternative medical treatments for avoiding cancer and all the side effects that chemotherapy provides, you will definitely want to check out my new post, What Are the Health Benefits of Hemp Oil.

The United States is well behind the research that Israel has completed on the power of cannabis and all the ailments that can be subdued or controlled. The US government still holds cannabis as a schedule I narcotic, or drug with no medical usage. It has, however, conceded authority in prosecuting people with possession in most states.

So far there are only four states that have not legalized any form of cannabis. They are Kansas, Idaho, Nebraska, and South Dakota. The penalties for possession can be severe, ranging from fines to jail time. There are 23 states where medical cannabis is legal. They are Arizona, Arkansas, New Mexico, Utah, Louisiana, Montana, North Dakota, Oklahoma, Missouri, Iowa, New Jersey, Maryland, Minnesota, New Hampshire, New York, Ohio, Pennsylvania, Rhode Island, Florida, West Virginia, and Hawaii.

As more research is conducted a better understanding will prevail in exercising the benefits of the cannabis plant. I feel it is our God-given right of choice to choose what medication is best for each individual. Whether it is pharmaceuticals or an alternative natural substance, the government or the medical establishment should not block access to any individual.

As big Pharma stands to lose billions of dollars from legalization and wide-spread use of cannabis as an alternative to pharmaceuticals, Big Pharma has been lobbying Congress and spending millions to discredit cannabis as a viable alternative medicine. This is the other reason this article was published, to counter the propaganda against cannabis.

Let Thy Food Be Thy Medicine. Cannabis should be legal for everyone.

I welcome you to do your own research as I have in finding the truth and what is best for you. I endorse Endoca for their hemp oil that I used to treat my eczema. You can find it on my hemp oil page.

10 thoughts on “What Is Cannabis About? FAQ”