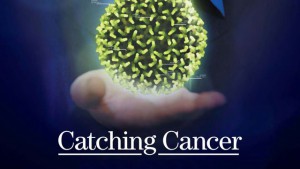 Our immune system when operating correctly keeps the cancer growth in check, that is, it limits its growth from developing into an overgrown tumor. So why are so many people today getting diagnosed with cancer? Is this a modern day epidemic?

A recent study has been conducted that proves that your chances of developing cancer are 2 out of 5. Which means that two people out of five Will develop cancer. Most of these people will die from complications of this disease. Is that what you want?

How is this possible? We live in a modern day of miraculous medical procedures that should be healing, not killing. So why is this happening? The truth is about to be revealed.

The study I mentioned above concluded that several factors are the main root of this modern day phenomenon. They are:

• Tobacco (including second-hand and third-hand smoke)

• Food microwaved in plastic containers (including plastic wrap, the plastic trays that come with frozen TV dinners, and even plastic baby bottles)

• Environmental pollutants (such as asbestos, benzene, and formaldehyde).

This medical research I am referring to were scientist studying mummies that died 1000’s of years ago. In their research they only found one mummy out of 100’s that died from a cancer tumor.

Their conclusion was that our modern day diets plus our daily exposure to toxins is the cause and reason that cancer has reached these epidemic proportions of the population.

This research is proof that how vital a detoxifying program is for you to stay one step ahead of developing cancer. Our immune systems struggle to keep our bodies in a healthy condition.

It is when this very basic but fundamental system gets damaged and overwhelmed by toxins that we suffer the consequences; Cancer, Diabetes, Heart disease, Arthritis, and many more chronic diseases.

Do you eat out a lot? Chances are high if you like traditional “French Fries” served with your meal that you are damaging your immune system. Why is this so?

While it has taken years, it is finally being recognized that trans fat is very damaging to your health. Trans fat is made by adding hydrogen to vegetable oil, and has been implicated in such health conditions as:

Because of the media many fast food restaurants have stopped using hydrogenated oils, but some continue to use them for french fries and other fried foods. What is alarming about this is that almost all of this oil is derived from GMO foods.

94% of soy, 90% of cotton and 88% of corn in the United States is GMO. It is surprising that one would even have to question the safety of a process that introduces genetic material from viruses and bacteria into food crops.

Monsanto, this biggest producer of GMO foods, even states on their website that GMO foods are plants and animals that have had their genetic makeup changed so that they demonstrate traits that are not natural.

Only the United States allows these foods to be produced. Most of Europe, Australia, and Canada has banned the use of GMO foods for animal and human consumption. The reasoning behind these bans is because not enough proof in research has been provided by Monsanto that they are safe.

If knowing about how these frying oils are produced and where they come from doesn’t change your mind about eating French Fries, perhaps knowing that starchy foods such as potatoes that are cooked above 245 degrees F release cancer-causing chemicals known as acrylamides. Animal studies have confirmed that acrylamides cause tumors to form.

The National Toxicology Program and the International Agency for Research on Cancer consider acrylamides to be a “probable human carcinogen,” based on studies in laboratory animals given acrylamides in drinking water.

Obviously, the best way to avoid all of the dangers of fast food french fries is to stop eating them. If, however, you really want the french fry experience, there are a couple of things you can do.

Make your own healthy fries by changing your oil – try coconut oil instead of vegetable oil. Coconut oil does not break down at high heats and gives fries a rich and tasty flavor. You can also make baked sweet potato fries in the oven, which are a nutritious alternative to traditional french fries.

You can help yourself or someone you know by getting my FREE BOOK on how you can detoxify yourself for losing weight, stopping development of disease and chronic illnesses.

Also if you or someone you know has been afflicted with cancer, then if you want to save them or yourself from this disease, then you will want to get one or both of these books…

If you read my bio you will discover why I am so adamant about alternative medicine. I lost my wife to cancer because she believed and trusted her doctors. If I knew then what I know now, she would still be alive.

Don’t let this tragic event happen to you!